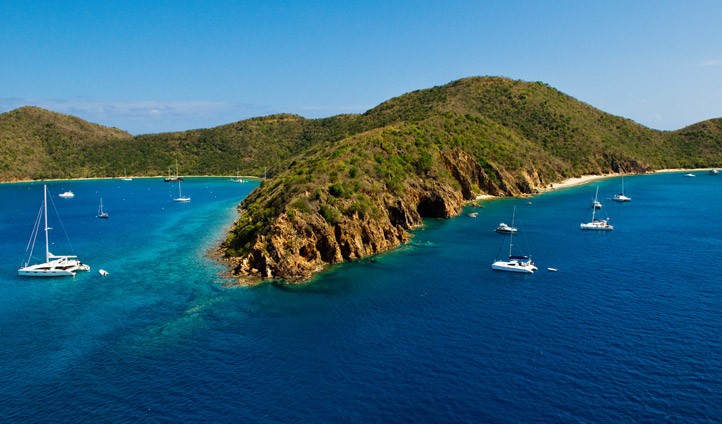 In the British Virgin Islands, Norman Island is said to be the island Robert Louis Stevenson used as the model for Treasure Island. This 600-acre uninhabited island is steeped in stories of pirate treasure and has been a popular stop for sailors looking for treasure and adventure of all kinds. Just off Norman Island is The Indians. These large rock formations look similar to an Indian headdress and make for good snorkeling.

Besides occasional rain showers, the weather on Norman Island is warm to hot and humid. However, the heat is tempered by the constant blowing of trade winds. Be aware that hurricane season in the British Virgin Islands runs from June to November.