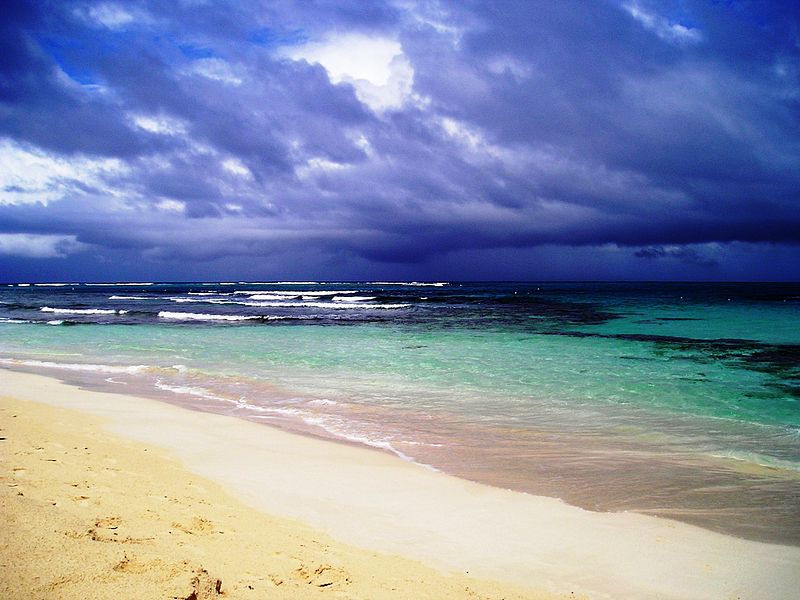 Puerto Rican tourist literature uses the name Spanish Virgin Islands, but most general maps and atlases do not treat these islands as part of the Virgin Islands archipelago. As part of Puerto Rico, the Passage Islands are a territory of the United States, and they belonged to Spain before the Spanish-American War in 1898. Spanish remains the predominant language, although English is also common.

The Spanish Virgin Islands have always been a well-kept secret, even back in the days of Bluebeard and other famous pirates who used the islands for hide-outs. The fact that the Marines and U.S. Navy used the islands for bombing practice until 2003 also kept land developers, commercialism, and an abundance of sailing charters away. The result is pristine and unspoiled islands, with spacious deserted white sandy beaches; crystal clear turquoise blue water, and healthy intact reefs teeming with fish, coral, and crustaceans. There are hills to climb and explore; nearly empty anchorages, and the natural charm of the BVI from thirty-five years ago.

This is a jewel of a tropical island. During the day, the reef on the northern shore is an excellent place to snorkel. At night, Isla Palominos is the perfect place to watch the sunset over El Yunque’s Rainforest.

Cayo Luis Pena lies just off the island of Culebra. This two-mile-long uninhabited, wildlife refuge has numerous hiking paths and spectacular secluded beaches. If you’re looking for solitude, this is the spot. In a fairly fast dinghy, and if conditions are light, the anchorage is a good place to launch snorkeling or diving expeditions to the reefs off of Culebra, including Las Hermanas and Cayo Yerba.

Puerto Rico’s year-long lobster season can provide your next meal found under a coral overhang. This anchorage also provides a majestic sunset view of the El Yunque rainforest. Imagine sitting in the cockpit of your sailing charter at dusk dining on your own fresh catch with this incredible view!

Isla de Culebra is an 11 square mile, unspoiled beauty of an island. Attracted by its seclusion, its spectacular miles, and miles of stunning beaches in the quaint town of Dewey. The snorkeling and dive sites are possibly some of the Caribbean’s best! This is a perfect destination to spend a few days on your sailing charter vacation.

You will have no choice but to enjoy the natural beauty of this island. Home to only about 2,000 residents, who live strictly by “island time,” this island has no resorts or nightclubs to entertain you. The sleepy town of Dewey is comprised of a ragtag assortment of two-story wooden lean-tos and a handful of bars and restaurants, whose owners may or may not choose to open them on any given day.

Since 1909, the entire coastline and one-third of the interior have been designated the Culebra National Wildlife Refuge, which is run by the U.S. Fish and Wildlife Service. These protected lands are home to endangered sea turtles, including the leatherback turtle, and some 50,000 sea birds.

There are three roads on Culebra – all leading to a beach. The most famous and perhaps most spectacular in the entire Caribbean is Playa Flamenco. This is usually deserted, the wide, smooth beach is made up of white sand as fine as powder sugar. If hiking is not your thing, you can take a dinghy ride through the mangrove swamps off Ensenada Honda near Dewey. Or, anchor your sailing charter in either Dakity Harbor or Bahia de Almadovar for a day of snorkeling.

There is a reason the Puerto Rican tourist office calls Culebra, “the fishiest place in Puerto Rico!”. Some of the Caribbean’s best diving and snorkeling is on Culebra, whose reefs are also protected by the U.S. Fish and Wildlife Service. Pristine coral reefs and clear calm waters provide an amazing opportunity to observe barracuda, stingrays, parrotfish, trumpet fish, blue tangs, deep purple sea fans, and a variety of colorful coral, as well as a chance to swim with sea turtles.

Another anchorage for your sailing charter is the tiny offshore cay, Culebrita. The snorkeling here is also excellent. The beaches are fabulous, especially the 400-foot white sand crescent on the northern shore. The anchorages on Culebrita are fairly deserted during the week, but the weekends are a different story.

Everyone from Puerto Rico, with a fast powerboat, seems to make Culebrita the weekend party destination of choice.

Twenty-one miles long and three to four miles wide, many cruisers consider the bays, coves, and beaches of this island the best of all Virgin Island anchorages. The island was untouched by developers due to its recent history as a U.S. bombing practice site. With a population of only 8,000 human residents living in the center part, the island is also home to a large herd of roaming goats, a few scrawny cattle, and wild Paso fino horses.

Most locals travel by horseback. The main town is Esperanza, with its lovely white seaside promenade, which is lined with picturesque restaurants. One of the highlights of visiting Vieques is a nighttime trip to Mosquito Bay, said to contain the highest degree of bioluminescence in the world. The huge concentrations of micro-organisms give off an eerie glow when disturbed by movement in the water. If the waters are calm, you can dinghy over from your anchorage in Ensenada Sun Bay. Otherwise, it is worth hiring one of the many private tour operators from Esperanza to take you on a night dive, kayak, or electric boat trip to experience this remarkable phenomenon.

Two Destinations in One Vacation! 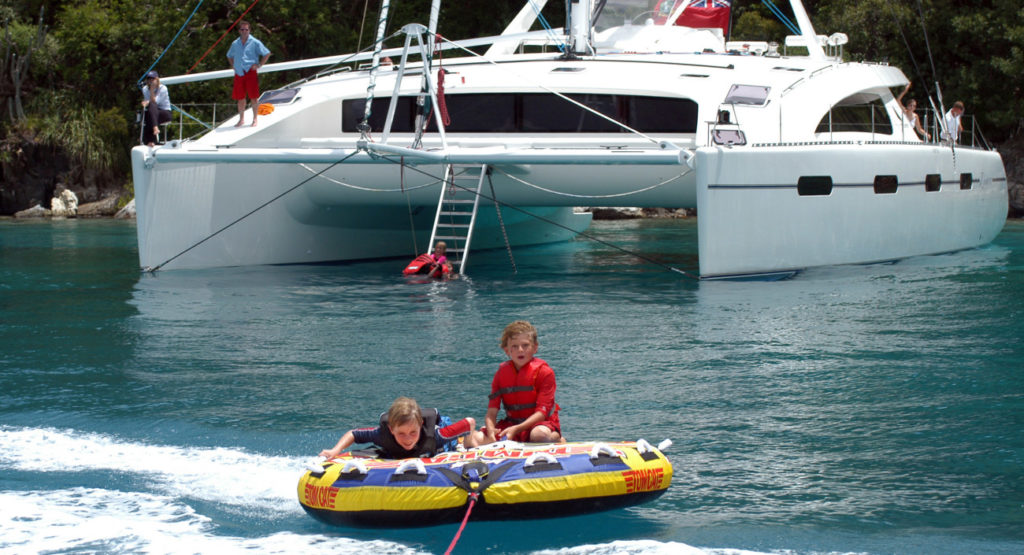 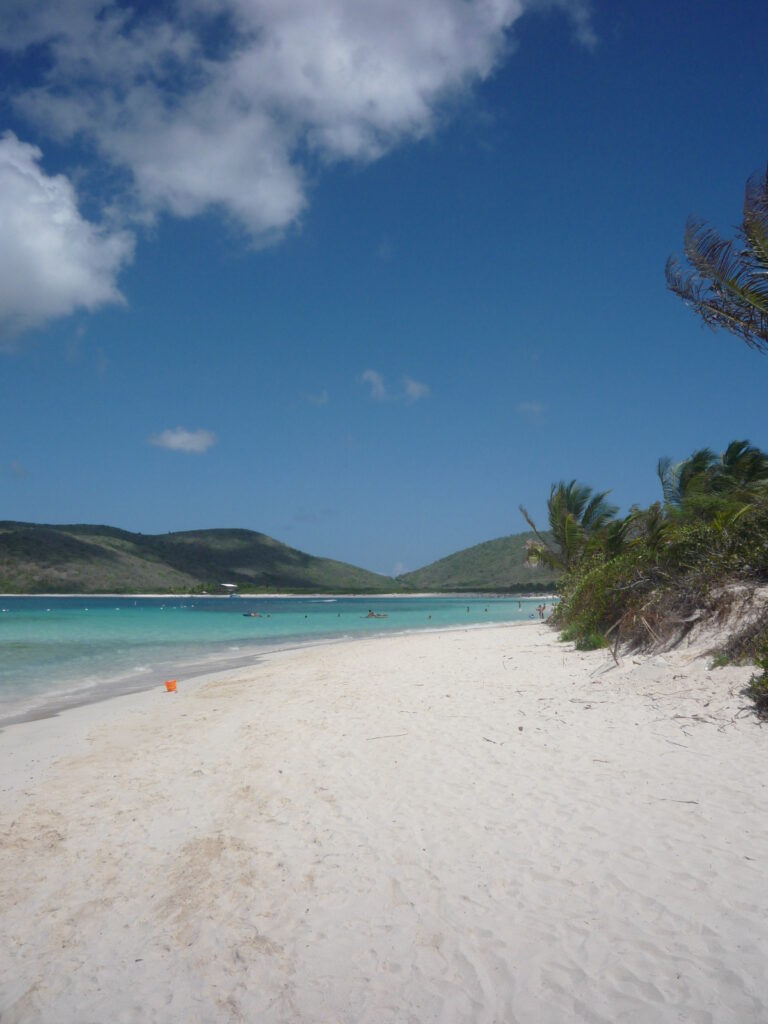 Explore the Spanish Virgin Islands on this sailing itinerary.