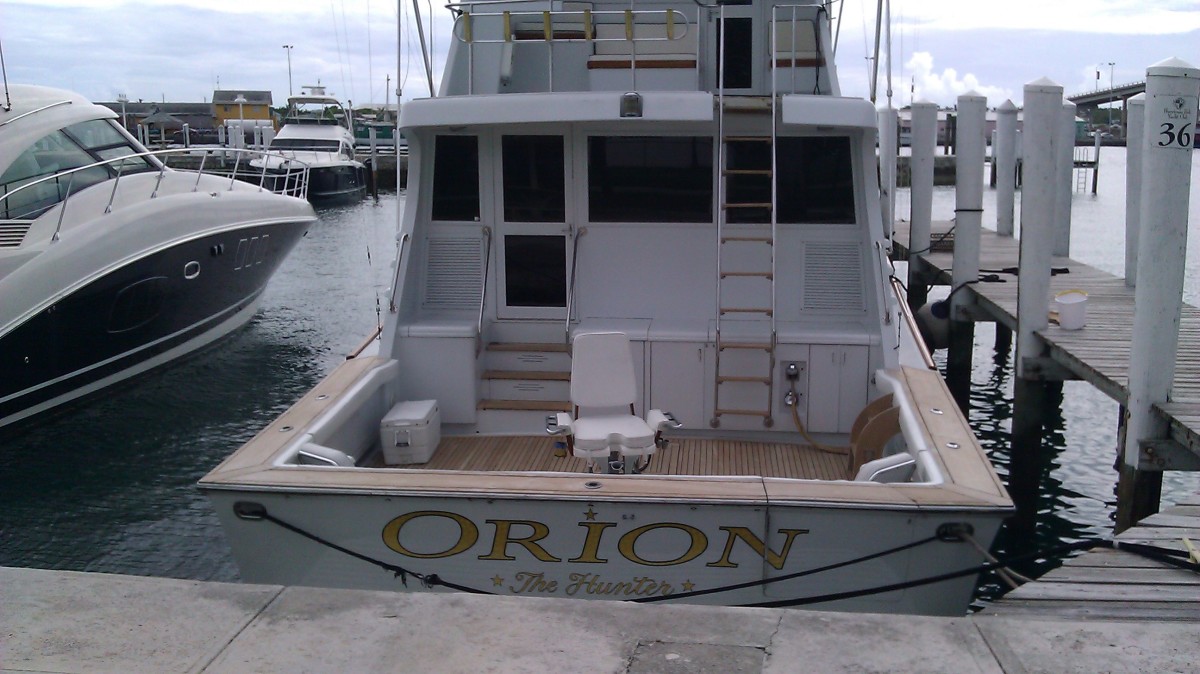 For those of you who want to go deep-sea fishing, we offer sport fishing boat charters that are ready to take you out! Bonefishing, fly fishing, and deep-sea fishing are wonderful activities for those looking to test their luck on the sea.   You should not miss a Deep-Sea Fishing Charter in the Bahamas. Above all, it is exciting and provides an adrenaline rush that will be the highlight of your charter.

Charters can depart from Florida’s east coast for fishing excursions to Nassau and Bimini Islands. Or, begin your charter in the Bahamas. The Bahamas are certainly within easy reach of the US mainland. Furthermore, taking a weekend trip for some great deep-sea fishing on your private chartered yacht can easily be arranged.

The Bahamas is a nation consisting of more than 3,000 islands, cays, and islets. It is located in the Atlantic Ocean north of Cuba and Hispaniola, northwest of the Turks and Caicos Islands, and southeast of the United States (nearest to the state of Florida).

The Bahamas is well known as one of the great sport-fishing destinations of the world. There are calm water most of the year and very little travel time to ideal fishing grounds. Less than a quarter mile off Nassau, and the Atlantis’s Paradise Island, you are in 1,000 feet of water. From an easy 4 miles off-shore you are fishing in 6,000 feet of water. You’ll discover that sport fishing off Nassau is unlike any other big-game fishing experience you’ve ever had.

Bimini is a group of small islands in the Bahamas and is only 50 miles east of Miami Beach, Florida. These are actually two small islands. North Bimini and South Bimini, which are separated by a narrow channel. Shallow reefs near the shore surround Bimini. The depth increases to 80 to 100 feet before dropping into the abyss of the Gulf Stream. The Gulf Stream current flows north through the deep water between Miami and Bimini, where the ocean is over 6000 feet deep. Moreover, the Gulf Stream brings hundreds of marine animals near the shores of Bimini.

Bimini has earned a great name for itself as the “Game Fishing Capital of the World”. In reality, Bimini’s fame comes from Hemingway and fishing. Hemingway spent a few seasons in Bimini fishing and writing ‘To Have and To Have Not’ and later based his novel ‘Islands in the Stream’ here.

The economic fuel of Bimini comes from deep-sea fishing. Its storied past after all can be seen in the many black and white photos of record catches around the island. April through July anglers from around the world flock to the Bahamas to take advantage of the calm seas and great fishing. In addition to the species featured below, this region has witnessed and recorded captures of Shortfin Mako sharks, Bigeye Thresher sharks, Spiny Dogfish, and Sixgill Sharks.

Dolphinfish – This is among the most colorful of the game fish with gold-green and blue coloring. The colors will jump out at you when you see your catch in the water next to your boat. It is a hard-fighting fish and very plentiful at certain times of the year. The best times for bringing in a great catch of Dolphinfish will be spring: April, May, and June. And to a lesser degree in December and January. You might catch a male or bull Dolphinfish with a distinctive blunt head or a cow Dolphin with a more rounded head.

Wahoo – “Wahoo” is an appropriate name for this speedy fish, because that’s what you’ll holler when you hook it! This gamefish is able to exhibit long hard runs at speeds up to 45 mph. The boat may troll up to 10knots for this catch. Notice this fish for its beautiful blue vertical stripes. The best time for a great Wahoo catch is November, December, and January, and sometimes in February and March.

Tuna – Numerous tuna species are caught with rod and reel, but the Blue-fin, Black-fin, and Yellow-fin are the most popular tuna fishing targets for anglers.  The most prevalent type is the Yellow-fin Tuna. This is not the largest of the tuna family but you will think so as it puts up a fearsome fight. Summertime, May to August, is the best time to catch most tuna, additionally Black-fin and Big-eyed Tuna.

Blue Marlin – It is not uncommon to see this huge fish (up to 1800 pounds) heave itself skyward in a seemingly inexhaustible display of strength as you fight it.  Whether you catch a White or Blue Marlin you will have some amazing memories of a fight well fought. Look for the Blue Marlin primarily in the spring and summer months and rarely in the winter.

Sail Fish – This beautiful billfish has a large dorsal fin that resembles a sail. Its fighting ability is legendary. And often spends as much time out of the water dancing and grey-hounding as it does pulling away from the boat in the water. You will see many shades of blues and purples as this amazing fish dances through the sea. Your best chance to meet up with a Sailfish is late fall, October and November, and spring, April, and May.

Barracuda – This tiger of the sea is an inquisitive, aggressive predator. The barracuda can be found wherever small fish are found, offshore and inshore. It may jump out of the water two to three times its length displaying its ferocious saber-like teeth when you are fishing light tackle closer to the shore. You can certainly catch this fish year-round.

Sharks – Spend a day fishing for many different species of sharks. You can easily identify the Hammerhead by its hammer-like head. It is a great fighter and will run back several times before you win the fight. Other sharks you might catch include Tiger Sharks, Lemon Sharks, Black-tip Sharks, Bull Sharks, and Caribbean Reef Sharks. Any of these are available year-round. The average size shark you might catch is five to ten feet.