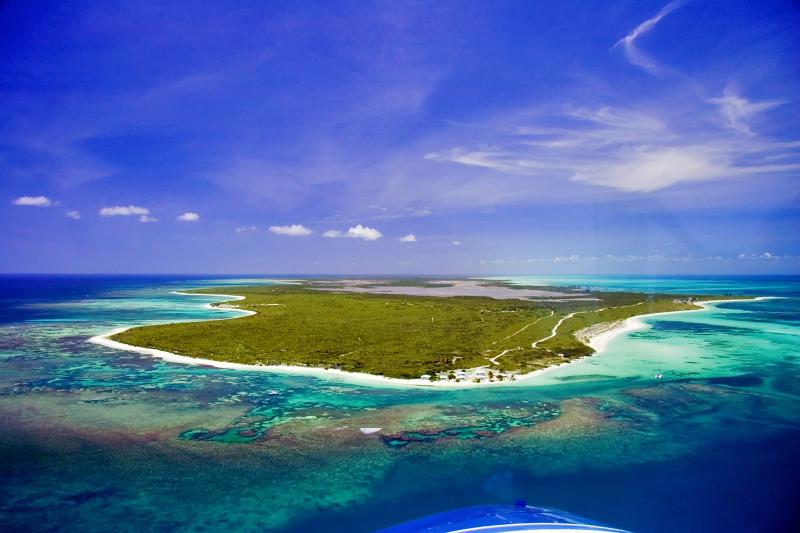 Some say Anegada British Virgin Islands is boring, but read on to find out why this simply isn’t the case:

ANEGADA is often described as the Cuckoo in the nest of the VIRGIN ISLANDS, it is low lying only 28 feet above sea level and made  of coral and limestone, whereas all the rest of the islands are mountainous  and from volcanic formation.  The island is approximately 11 miles long, surrounded by reef,  a treacherous coast which has since days of old wrecked many many unwary ships and sailing yachts.

Thankfully today there is a buoyed route into a calm safe anchorage through the reef which is accurately plotted on nautical charts.  We like to anchor off Pomato Point for a night and avoid the hub of the anchorage,  this is the epitome of ‘quiet spot,’  the true beauty of Anegada is the feeling of isolation, being far from the maddening crowd.   I always love to watch the expression on guests’ faces as they gaze across to the island and follow the mile upon mile of silvery-white sand that frames the entire island and crystal clear butterfly blue water gently lapping at the beach.  It is an expression of disbelief and pleasure, they dive into the cabins to fetch their camera’s and exclaim ecstatically that they have landed plum in the middle of an exotic travel brochure, anything this perfect just cannot be true.

The following day we move around to the anchorage in front of the Anegada Reef Hotel, at the dinghy dock in the shallow water there are traps filled with enormous lobster.  Anegada is the “Lobster Mecca” of the Virgin Islands,  most of the lobster are caught out here on the reefs by local Anagadan’s, and have been for donkey’s years. They supply Tortola retailers and the other island restaurants. Prices are not cheap, on the other hand, we have tried on many occasions in other areas to catch our own and have worked extremely hard doing so,  lobsters are wily creatures and hide very well. The anchorage is rimmed by a haphazard collection of buildings,  most of them restaurants selling the famous lobster or wonderfully fresh line fish and huge jumbo shrimp.  Apart from seafood they do a delicious Honey Stung Chicken, this is my favorite, they have the recipe just right, chicken smothered in a herby crust ‘stung’ with honey and fried until crispy and succulent.  My Captain thinks I am crazy, he says I have a banquet of all the delights of the sea before me and I chose chicken you’ve gotta be nuts!  No, no, certainly not nuts thank you, chicken will do just fine, Yum!

Our guests usually take a taxi (well a truck with seats bolted to the flat bed at the back) to Cow’s Wreck Beach which is a very remote outpost on the northern shore, on quiet days the “honour” bar system applies, if there is an influx of visitors the owners take control. The small restaurant serves simple if rather exotic lunches, lobster being the star of the show, simply steamed and served dripping with garlic and butter.

In years gone by many ships passed this way on passage to the western Caribbean and came to grief on the eighteen-mile Horseshoe Reef which guards the island.  Cow’s Wreck got its name from the cow skulls and bones that washed ashore from ships that wrecked carrying tons of bones to be used as bone meal fertilizer. You can sometimes still find a very brittle bleached skull up above the high watermark. This sprawling atoll is low lying the highest point only 28feet!! The huge reef protects the island to a large extent from being flooded by the sea in rough weather.  I was surprised to find out that this reef is considered one of the longest in the world, the DIVING AND SNORKELING a must not only for the wrecks but also underwater caves and abundant sea life and corals. The effort required for snorkeling after the huge lobster lunch is sometimes just too much for our guests, they prefer to lounge in the shade of the palm trees while sipping icy beer soaking up the peace and wonderful quiet.

Some people say ANEGADA British Virgin Islands is barren and boring, with very little to complement it other than mosquito’s. But, we dont see it that way. The beauty of a flock of pink flamingos quietly wading in the salt ponds, sixteen miles of uninterrupted pure white beach, reefs rich in coral, fish, massive rays  and turtles — and for me the flocks of sweet busy sand piper’s who are always in a hurry to nowhere — are anything but boring.

The Rock Iguana,  made his home here thousands of years ago  and almost reached extinction.  When people arrived to occupy the island they introduced cats either as house pets or to control the the rodent population over the years some cats were abandoned and turned feral they ate the Rock Iguana young and almost eradicated the entire species.  Quite recently the cats were caught and neutered and the grand Rock Iguana is once again  resuming it’s place on the island.  I have never seen a fully grown Rock Iguana, they say they are frightening to look at and they grow to six foot,  imagine  strolling down the beach and meeting a six footer,  heart attack stuff man!  I can’s see  how any of this can  be considered barren and boring, but then to each his own.

Special Thank you to Bambi Alexander, host and chef aboard catamaran charter yacht COOL RUNNING’S for writing and submitting this article to www.bvisail.com.

Bambi is a skilled chef and does a great job mixing up Caribbean cuisine..LEARN MORE